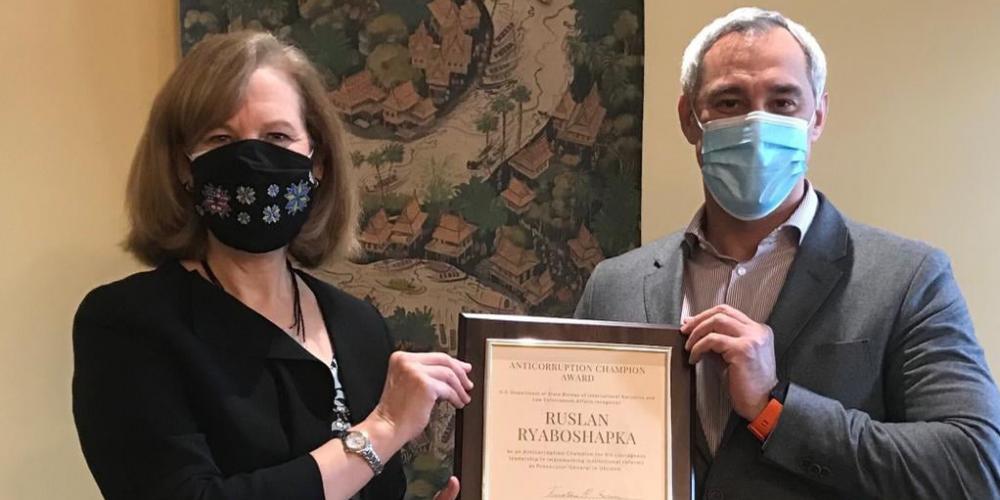 US Secretary of State Anthony Blinken recognised Ruslan Ryaboshapka, co-founder of the Center for National Resilience & Development, Attorney General of Ukraine in 2019-2020, with the International Anti Corruption Champions Award, launched by the US Government.

"Congratulations to former Prosecutor General Ruslan Ryaboshapka, one of the 12 winners of the State Department's Anti-Corruption Prize.  Ukraine’s public prosecutors recertification process, initiated by him had a long-term effect, continued under his successor with the support of the Ukrainian government” - tweeted Embassy of Ukraine in the USA.

Ryaboshapka received the award along with 12 others from Albania, Ecuador, Micronesia, Guatemala, Guinea, India, Iraq, the Kyrgyz Republic, Libya, the Philippines, and Sierra Leone.

"Corruption threatens security and stability worldwide, hinders economic growth, undermines democracy and human rights, destroys trust in public institutions, facilitates transnational crime, and siphons away public and private resources.  The Biden Administration recognizes that we will only be successful in combating these issues by working in concert with committed partners, including courageous individuals who champion anticorruption efforts and countries working to fulfill their commitments to international anticorruption standards.  For that reason, I am announcing a new International Anticorruption Champions Award, recognizing individuals who have worked tirelessly, often in the face of adversity, to defend transparency, combat corruption, and ensure accountability in their own countries," - Blinken said in a statement.