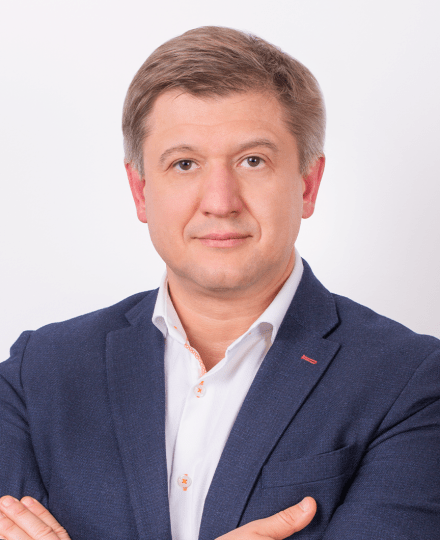 Oleksandr was born on July 22, 1975 in a family of scientists. He graduated from the National Technical Institute (KPI), the Kyiv Institute of Investment Management and received the degree of MBA at the University of Indiana, USA (Indiana University Kelley School of Business). He speaks five languages.

His professional career continued as an advisor to the Prime Minister in 2005. Since 2010, Oleksandr chaired the Coordination Center for the Implementation of Economic Reforms and was the President's representative in the Cabinet of Ministers. In year 2015 - deputy head of the Office of the President, from 2016 to 2019 year - Minister of Finance of Ukraine, in 2019 became secretary of the NSDC. Oleksandr resigned due to disagreement with the policy of President Volodymyr Zelensky.
While holding government positions, Oleksandr was engaged in Kryvorizhstal re-privatization, the reforms strategy development, the coalition agreement, the medium-term budget planning and VAT automatic return implementation, the strategy of national security development, a new anti-corruption infrastructure creation. He implemented the PrivatBank nationalization and attained decision to freeze Igor Kolomoisky assets in Court of London.