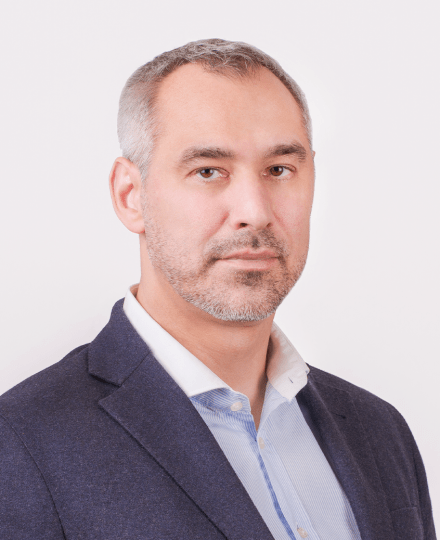 While being a student, Ruslan started working at the Ministry of Justice and among other responsibilities was also involved in the development of the new Criminal Code and the law on money laundering. Ruslan was the head of the Center for Legal Reform and Legislative activity under the Ministry of Justice and the newly established Bureau for Anti-Corruption Policy under the Cabinet of Ministers. He led the analysis of anti-corruption policy at Transparency International Ukraine.

In 2014, Ruslan was appointed Deputy Minister of Justice. He was an advisor on anti-corruption reform at the UN and the OECD. In 2016-2017, Ruslan was a member of the National on Corruption Prevention (NACP), which he left due to disagreement with political pressure from the Administration of President Poroshenko.

In 2019, Ruslan was appointed Deputy Head of the Office of the President, Head of the National Anticorruption Policy Council. Shortly, he became Prosecutor General of Ukraine. Such cases as investigation of Privat Bank and depositors’ funds transfer to offshore, evidence collection of Russian crimes against Ukraine for international courts, attacks on pro-Ukrainian activists were stepped-up under his lead.